MANY NEARBY LOCATIONS TO SERVE YOU - FAST

We are living in some amazing times. Information has exploded over the past century, especially during the past couple of decades. And the HVAC industry has seen some incredible advances during that same time. But have you ever wondered how we arrived at this point? How did our ancestors keep warm throughout history? Let’s take a look at the origins of the modern furnace.

It’s Always Been Difficult to Stay Warm in Heath

Human survival has always been dependent on staying warm during the coldest times of the year. For most of human history, our ancestors stayed warm through open fire or wood-burning fireplaces. Just a short distance away from these fires, you would get cold again, quickly.

In 15 AD, the Romans described a type of radiator for creating space heat called the hypocaust. But the modern heating radiator was invented around 1855 by Franz San Galli. a Polish-born Russian businessman living in St. Petersburg Russia. In 1885, Dave Lennox helped advance home heating with low cost coal-burning cast iron radiators. Using natural convection, these radiators used the natural laws of rising heat to aid in heat distribution in a house. Usually installed in the basement, radiators allowed homeowners a better chance at keeping more of the home warm above the heater.

Around 1855, German scientist Dr. Robert Bunsen invented this device, intended for use in his University of Heidelberg laboratory. It was the first open flame to produce heat without soot, and blended gas with air in a controlled manner before combustion. This “fueled” further development of oil, propane, and gas fired heating systems. In some modern heating systems, this technology is still in use today in the form of pilot lights.

1882: Thomas Edison and the Dawn of the Electric Age

Beginning in 1882, electric heat entered the picture. Albert Marsh discovered the metal chrome in 1905, allowing the construction of a heating element 300 times stronger than others on the market. Often called the “father of the electrical heating industry,” Marsh’s heaters pushed electrical current through this metal heating element, converting electricity to heat. Electrical heating technology has changed little, and is still produced the same way.

Alice Parker invented and patented the first American central heating system in 1919. This device finally put an end to families huddling around the fireplace to stay warm, thanks to its ability to better regulate temperatures and distribute heat more efficiently throughout a home.

Parker’s invention paved the way for the first coal-fueled, electric fan and ductwork distributed forced air wall furnace. The heat from the furnace was transferred to the air through ducts, allowing the heat to rise to rooms above the furnace where the hot air was emitted through registers. Then gravity would return the air back to the furnace to get heated again. Unfortunately, a gravity fed system required ducts of large diameter, resulting in basements being literally filled with ductwork.

The solution to gravity-fed furnaces was the invention of motor-driven fans, which force heated air through small, compact, rectangular ducts to even the most distant rooms in a building. The heated air is emitted through registers or grilles, and returned to the furnace through a cold-air return system to be heated and recirculated. The entire system is controlled by thermostats that measure temperatures, then activate the gas burner and the blowers that circulate the heated air.

One additional advantage of forced-air heating is the air can be circulated through a filter and cleaned before it re-enters the system, resulting in better indoor air quality. If the ductwork is properly sized, a coil connected to an appropriate refrigeration compressor converts the system into a cooling system.

Over the years, electronics and smart technology have allowed these forced-air furnaces to be more and more efficient, to be controlled remotely, and even to use artificial intelligence to program the system for optimal warmth for your family.

As you can see, today’s home heating equipment is based on designs that go back hundreds of years. Today, you can have safe, efficient heat that’s only as far away as the thermostat – or even a smartphone.

If your home is still equipped with an outdated relic of a furnace that costs an arm and a leg to maintain and you’re literally burning through cash to pay your heating bills, it’s time for an upgrade!

An Investment That Pays for Itself

What’s more important, pinching a few pennies, or saving the environment and keeping your Heath family home comfortable year round?

You can save yourself a bundle in energy bills, recurring HVAC repair bills, and potential divorce lawyer bills (just kidding) by investing in a modern, efficient heating and cooling system. We have financing available if you don’t want to put it on a credit card or dig up that cash in the back yard, so pick up the phone and schedule Greg to come out and give you an estimate for a new system, sooner than later.

Schedule an appointment for HVAC system installation, troubleshooting or maintenance with us today by using our online contact form, or call our Heath number listed below . We pride ourselves on our customer-focused service, and our reviews show it!

*Please note: neither the Centers for Disease Control(CDC), the World Health Organization (WHO), nor the manufacturer of our UV-C Devices have officially announced whether UV-C kills the current strain of Corona Virus (COVID-19). We urge you to err on the side of caution until we have a definitive answer, and take other measures to prevent the acquisition or spread of this virus. 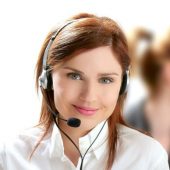 Our Comittment to Your Family’s Health & Safety

Learn what we’re doing to keep you and your family, as well as our employees, safe from the spread of the virus as we service your heating and cooling needs.
READ MORE >>