Known by the brand name of Freon (belonging to the chemical company DuPont), R-22 is a refrigerant that combines hydrogen, fluorine, chlorine and carbon (also known as a hydro chlorofluorocarbon or HCFC). It quickly became a standard used in the HVAC industry in air conditioning and refrigeration equipment.

Scientists discovered that chlorine in R-22 is damaging to the Earth’s ozone layer, allowing more radioactive rays from our sun into the atmosphere, and increasing the risk of skin cancers.

The 1987 Montreal Protocol listed substances, such as R-22 and aerosols commonly used in spray cans, that cause damage to the ozone layer. Thus began the slow march to replace and eventually eliminate R-22.

R-22 is responsible for the incredible growth of the air conditioning industry in the Twentieth century. Since it was so widely used, the impact of an immediate ban would have devastated the economy, so a slow phase-out plan was implemented. Jan 1, 2020 is the date that it will no longer be manufactured or imported into the USA.

Timeline for R-22 Phase Out

The U.S. Environmental Protection Agency (EPS) has set the date of January 1, 2020 as the date that R22 refrigerant is officially illegal in the United States. As of that date, R22 will not be allowed to be produced or imported into the USA.

The amount of R22 refrigerant production has been steadily decreasing since 2010, but the amount of the refrigerant imported or produced in the USA drops to zero on that date.

R-410A (brand name Puron) is a coolant that was invented and patented by Allied Signal (now Honeywell) in 1991. R-410A is better at absorbing and releasing heat than R-22, making it more energy efficient to use. Because it operates under higher pressures, it also requires the use of more durable air conditioner parts, which reduces the risk of your system overheating and failing. R-410a is a substantially better refrigerant for your Columbus-area home.

How Does the R-22 Phase Out Affect Homeowners?

Since new R-22 will effectively be unavailable after the first of the year, the only options are previously-produced R-22, or refrigerant previously reclaimed from a cooling or refrigeration system.

EPA regulations have tightly controlled handling of R-22 in the recent past, requiring trained and certified technicians to capture it instead of releasing it into the atmosphere. And to document everything.

While some simple air conditioner repairs do not require recharging the refrigerant, most of our service calls on older AC systems do require it for the system to function. A very common repair on older systems is fixing a refrigerant leak.

The effect of the New Year’s ban on R-22: homeowners of older, leaky systems that have been periodically injecting new refrigerant into their AC systems will be forced to pay an outrageous sum for refrigerant, or replace their system. It’s basically supply and demand: and supply increases, demand and prices increase.

Supplies of R-22 have been shrinking over the course of the past couple of years. In preparing for this January, manufacturers and importers have been producing much less of the refrigerant, causing already high prices. The ban will cause prices to soar.

Our Advice for Homeowners with Older AC Equipment

There are many homeowners who still have functional AC equipment that was installed before 2010, but at some point, their equipment will need recharging. The high cost of R-22 may precipitate installing a new system that uses R-410A.

Of course, homeowners can continue to use their systems after the January 1 deadline, and get as much useful life as possible out of their systems, until they need a repair. The ultimate outcome, however, may require an emergency HVAC system replacement when R-22 is hard or very expensive to obtain. An emergency replacement will cost much more than a well-planned and executed AC update. Because the system failure will happen in the hottest months of the year, when service and equipment demand, and prices, are much higher.

Some R-22 units may be able to be converted to use a different refrigerant, but the cost of buying a few more years of life out of old equipment may not be low enough vs. replacing it with a new system. Most systems may not be eligible for retrofitting.

The best option (that most customers may dread) is to replace their system before the Summer of 2020, before the cooling season arrives.

If you’re not sure if your old system is ready for a replacement, give Dor-Mar Heating & Air Conditioning a call. We’ll meet you at your home, take some measurements, and provide you with a written estimate for a new system. There’s no obligation and we can visit the same day to get you an estimate quickly. Customer satisfaction is our #1 priority, and we’re always on time for projects. Schedule an appointment with us today by using our online contact form or call one of our seven neighborhood offices. 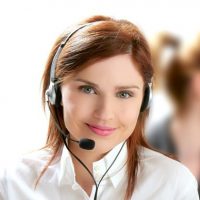